Notice: Travelling to Europe after Brexit

Travellers can continue to book and travel with confidence, regardless of the outcome of Brexit on 31 October 2019.

If you’re visiting Europe after this date it’s recommended to check out the following specific government advice: www.gov.uk/visit-europe-brexit

Along the B3073 from Hurn towards the Blackwater West Junction, we’ve removed the old footpath and installed a new and improved shared cycleway and footpath. These works will be completed next week and include the installation of a new retaining wall.

Work has also been completed on the two new embankments, which are now supporting the widening of the B3073 on both sides at the Blackwater West Junction. In this area, on the south-west side of the B3073, the road has been widened and new barriers installed. A temporary surface is currently in operation.  We are currently working on the opposite side of the junction, mirroring the works that have already been completed.

From next week (Monday 14 October to Friday 18 October), we will be carrying out overnight surfacing works. Closures will be between 8pm and 6am each night. They include a full closure of the B3073 Blackwater West to Hurn Roundabout and A338 northbound off slip onto the B3073 every night.

All diversions will be signposted, however road users are encouraged to plan ahead and allow extra time for their journey’s..

Road users are advised to sign up to the A338 travel blog to stay up to date with road news or check @TravelDorset on twitter for updates. 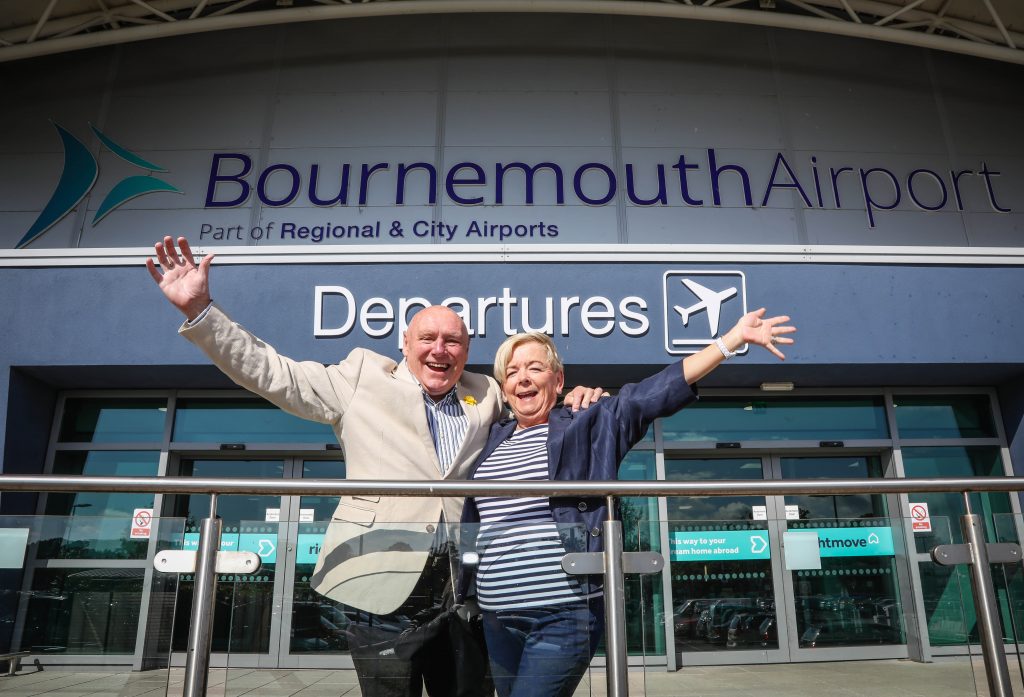 A lucky Dorset couple celebrated their golden wedding with a Channel Island golfing holiday thanks to a competition highlighting a new air route from Bournemouth Airport.

Alan and Kath Smith from West Moors near Bournemouth took to the skies on the inaugural Loganair flight to Guernsey after their daughter Carly Thompson won the contest on social media and gifted them the prize.

To win, entrants had to comment on a Facebook post describing what they would do on the holiday and how much it would mean to them.

The trip featured return flights and seven nights’ accommodation and breakfast at the island’s La Grande Mare Hotel, Golf and Country Club, with use of its 18-hole golf course and health club, plus dinner on one evening.

Four-star La Grande Mare is just a short drive from Guernsey Airport and the island’s capital Saint Peter Port. The hotel overlooks west-facing Vazon Bay, which has Guernsey’s biggest sandy beach, and is surrounded by 100 acres of scenic private grounds.

“Also a special thank you has to go to our daughter Carly Thompson who won the competition on Facebook but gifted it to us in honour of our 50th wedding anniversary celebrations this month. We thank you all for this wonderful prize and amazing opportunity to celebrate in Guernsey. We are very much looking forward to visiting the island and seeing what it has to offer as we have heard such wonderful things. Thank you!” 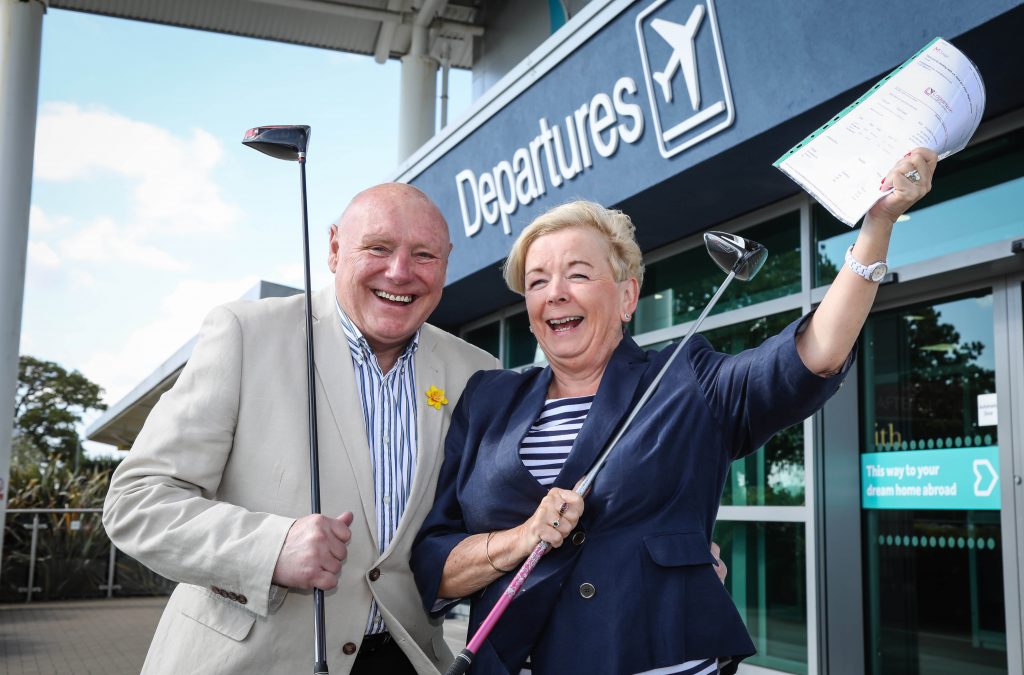 Spanning nine miles long by five miles wide, Guernsey has a sunny microclimate and is located some 31 miles west of the Normandy coast.

Loganair has begun flights from Bournemouth Airport to Guernsey and Jersey three times a week under a new summer schedule this year.

For a short film of the launch event, visit https://www.youtube.com/watch?v=t1MZuz1YYQ4.

Flight tickets are currently on sale and can be purchased online at www.loganair.co.uk or by calling 0344 800 2855. 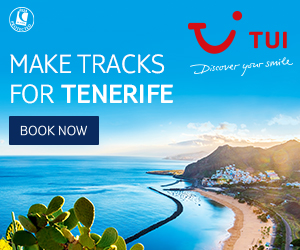 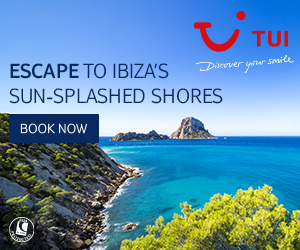